Every year we say things are going to change. And maybe they do. Step by step, little by little.

But now, in 2018, things are undeniably, irrevocably changing. And the root of that change?

With misogynists feeling empowered, and many in actual positions of power, more women than ever are coming forward to voice their opinions. And not subtly.

With the #MeToo and #TimesUp movements, more and more women are coming forward to voice their experiences with abuse, harassment, inequality, and the misuse of power in the workplace. Seeing female public figures we all know and love open up about their experiences has caused an incredible wave of story after story of similar experiences being revealed.

We must shift the narrative around sexual violence to make the change we need.

That shift is happening! We are causing a disruption to what has previously been accepted as the standard. We have had enough. More than enough!

“I want all of the girls watching here now to know, that a new day is on the horizon.” #TIMESUP

Anybody else have goosebumps!? Oprah makes a point to say that this doesn’t just affect the entertainment industry. It is beyond the big name stars that are opening up about treatment suffered at the hands of Harvey Weinstein. It goes beyond even women feeling pressured or being sexually harassed in the workplace. “It’s one that transcends any culture, geography, race, religion, politics, or workplace.”

“You can always tell who the strong women are. They are the ones you see building one another up, rather than tearing each other down. – Unknown

I’m lucky. I’m no stranger to having strong, boundary-crushing women in my life.

My grandmother was a WASP, a Women’s Air Service Pilot, in World War II. 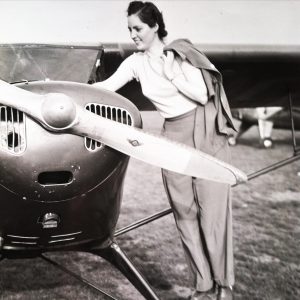 My mother was a vice president at Mead in the 80’s, one of very few female business executives in her day. 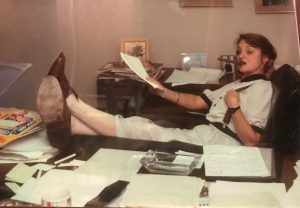 They didn’t burn their bras, or maybe they did and they’ve never told me those stories, but they resisted the patriarchy of their time each and every day by simply following their hearts and doing what needed to be done. Their strength, the things they endured, transcends inspirational.

Want some more glass-ceiling-crushing women?? Check out these women who are kicking butt and taking names in careers that used to be considered only for men.

My amazing group of girls and my Sweat Pink community show me every day what it is to have each other’s back and support each other each step of the way. 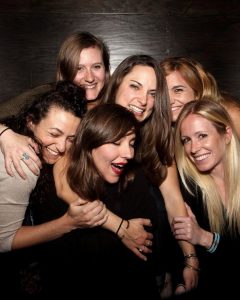 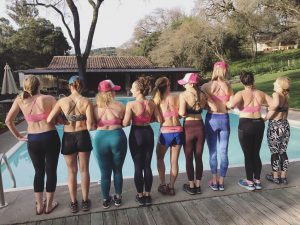 My mother and grandmother fought the fight and were at the forefront of what is now almost normal for most women: the choice to not have to choose. We are in this beautiful place, and heading there more and more every day, of not being pigeonholed into just one construct. We don’t have to choose between career and motherhood. Between being sexy or intelligent, feminine or strong. We don’t have to wear mannish suits to be taken seriously at work; we can rock 4″ stilettos and still blow minds in the boardroom (though menswear suits are in style right now). Between being a supportive partner or an independent woman. We aren’t limited to a certain cache of careers just due to our gender; we can be doctors, CEOs, fitness instructors, writers, and electricians.

I’d like to think the place we’re moving towards as a society includes respect for all choices, for everyone, and that we can celebrate our differences and our strengths. Being “feminine and strong” means something different for everyone! Owning our differences, what makes us special, and loving the skin we’re each in is powerful. It’s not easy, and takes a lot of fighting against the strong stigmas and stereotypes we have in our culture about beauty and femininity.

There is no one alive who is youer than you. – Dr. Seuss

Look at the swinging pendulum of these qualities. When it comes to body type, both Marilyn Monroe and Twiggy set the standard. While both very beautiful, a lot of women are not naturally curvy or, well, twiggy. Women wore corsets to force their bodies to match Marilyn’s curves and then starved themselves in hopes of gaining Twiggy’s thin frame.

When it comes to sexuality, nothing screams “Madonna-Whore” more than, again, Marilyn Monroe and Audrey Hepburn. One actress was busty and sexy while the other petite and demure. One a siren, one a lady.

Why must we be one or the other?? Why must we have curves and be sexy, or thin and sweet?

Isn’t that the root of the bra burning protest? Fighting against societal standards of beauty and what women “should” look like, wear, and do. How is it literally 40 years after that protest we are still fighting this fight?!

So today on International Women’s Day, I say “Thank you.” Thank you to my mother and grandmother. To Beyonce and Hilary Clinton. To my Sweat Pink team and community. To everyone out there who believes in the power of women, who are each and every day fighting to shine that light and support the movement of equality, who celebrate individuality.

A special shout out to all of the men who are part of this movement as well. My dad being one of them. He stayed home with me a lot as a baby while my mom was off conquering the business world. He taught me how to punch and stand up for myself. He taught me to roll around in the mud and then let me dress him up in a feather boa while we had a tea party. Thanks, Dad, for helping me navigate and support my journey on what it means to be a multi-faceted, complex, strong, and confident woman. 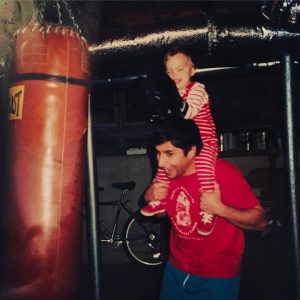 We are dynamic beings. We can own being feminine AND strong AND smart at the same time. This is the time to shout GIRLPOWER from the rooftops, to embrace it completely and fully. We are taking our destinies into our own hands, and powerful things are happening because of that. 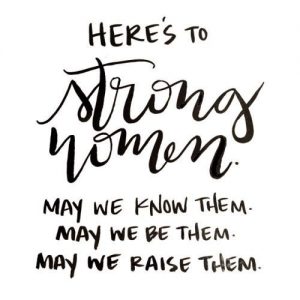