Health is one of those things we definitely take for granted. Whether it’s injury or illness, it’s never fun when something takes us out of the game.

I was sick for about a year and a half in high school.

Fall of my sophomore year in 2005 I somehow got a bacteria called H. pylori. A lot of people apparently have this bacteria and just don’t demonstrate symptoms. However, I had severe stomach cramps and nausea. And no, I was not pregnant. I was treated with medication, and voila, cured.

Starting in January of my sophomore year the symptoms H. pylori caused the previous fall returned, but with no bacteria. So ensued a month of many, many, many doctors, medications, tests, changes to my diet, and anything else we could possibly try to make me and my tummy happy. And no, I was not pregnant. (I had to answer this question a lot.)

We tried everything we could, and finally returned to the gallbladder specialist. April of 2005 at one of many medical test appointment, I was given an enzyme to make my gallbladder function so they could monitor me. Nothing looked unusual on the ultrasound, but my symptoms manifested. We thought surgery should be a last result, which we then returned to later.

January 2006 I had my gallbladder taken out. I spent one night in the hospital, the rest of the week at home, and then returned to school. I was very sore and very bloated, but due to how non-invasive laparoscopic surgery is, I was able to return to normal very quickly. Within 10 days of surgery I was back walking on the treadmill. And I was symptom free! Though my gallbladder looked physically normal once they’d removed it (not unusual, and no I didn’t see my organ after it left my body).

It was not a fun process, let me tell you. Even though my GI doctor looked like Keanu Reeves. I passed out in the parking lot of my GI’s office after an endoscopy, quickly discovering I did not handle my sedatives and anesthesia very well. The overnight nurse in the hospital was very rude and literally pulled me across the bed to take my vitals. My lunch the next day in the hospital was salisbury steak; I’d JUST had an organ removed people! I couldn’t laugh without pain for weeks, and needed a bar or help to sit up. I missed track meets and field hockey games. I just stopped playing basketball altogether. I went off dairy, and these were the days when soy milk was really the only milk alternative. I flashed my dad.

Ok, that one merits the full story. Due to my intolerance of the sedatives from my endoscopy and the fact that I’d never had surgery before, my doctor elected to keep me overnight in the hospital to monitor how I did with the anesthesia. When I was still pretty drugged up, I was coming out of the bathroom and attempted to show my dad the incisions on my belly, which were covered by bandages. I have four small scars on my belly, the highest of which is right at my bra line. So when I lifted my hospital gown to show my dad the cuts, I looked down and saw my boobs just hanging out. Now, the normal reaction as a girl (of any age, but especially at 16) when you’ve accidentally flashed your dad is to squeal and quickly cover up. But in my drugged state I only said, “Oops, soooorrrrryyyy” and lowered my gown in slow motion. My dad, being the amazing dad he is, just said, “That’s ok honey, just get back in bed.” Hilarious story now, a little mortifying when I’d sobered up.

As much as the surgical process sucked, getting my gallbladder removed was actually a relief. I continued to play sports throughout the whole 18 months, but apparently some questioned the validity of my illness. My boyfriend at the time told me that at a party one night some of my teammates posited that I was making the whole thing up for attention. When you break something, you have a cast. It’s a physical injury people can see. When something is going on internally, especially for a long time, it’s hard for people to understand what’s going on and how you feel. The surgery was my version of a cast. 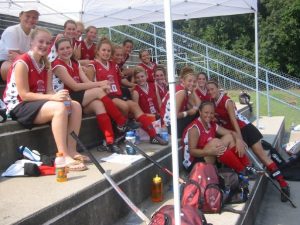 Some people apparently don’t know what a gallbladder is, either. Not saying I knew exactly what it was or what it did at the time. But enough to not confuse it with the ability to successfully urinate. When I returned to school my belly was still extremely bloated from the surgery. So I wore yoga pants and long sleeved t-shirts for probably a week. When I got back from the bathroom one day, one of my friends asked how I was able to pee now after surgery. I kind of stared at him, and then told him I’d had my gallbladder taken out, not my bladder. I sincerely think he expected me to tell him I had a tube I now had to whip out when I needed to pee.

After all the turmoil, pain, and anxiety of the process, I will never take belly health for granted again. I try to take care of it as much as I can. I unfortunately do get motion sickness sometimes, pick up stomach bugs easily, and just have this feeling I’ll be morning sick 24/7 when I get pregnant. So I have a few belly health habits I’ve developed over the years. 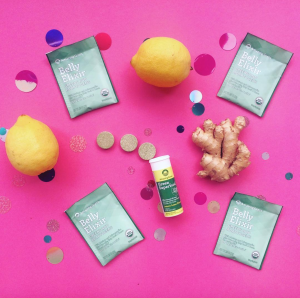 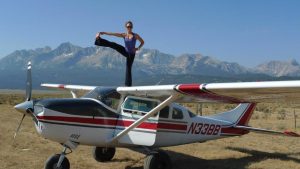 Make your belly happy with the #bellyelixir from @amazinggrass! Get 40% off w/ code sweatpink2017! #sweatpink @fitapproach #ad

I discovered the hard way that a happy belly makes for a happy life. But now I do everything I can to keep it happy and healthy.

Disclaimer: I received product from Amazing Grass. All opinions expressed are my own. I truly appreciate all of the brands that support the Sweat Pink community.