I never thought I’d be someone who included the word “stoked” in her vocabulary on a semi-regular basis. And then I moved to Colorado.

I think I took the outdoors for granted. I grew up hiking, paddling, and swimming. I never really thought about how it affected me, it was just what we did. 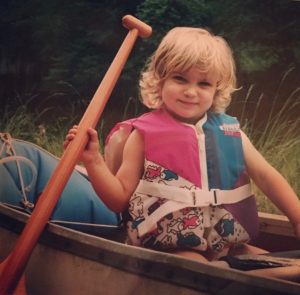 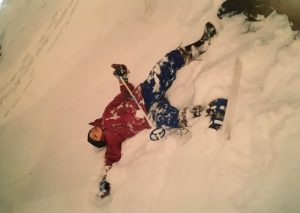 I drifted away from it as I aged as school, sports, and friends demanded my attention. It really wasn’t until I did a NOLS [National Outdoor Leadership School] course before my senior year in college that I really recognized how far I’d drifted away from spending time in nature. But spending a month living in the woods will do that for a person. It will bring everything into perspective for you right quick! 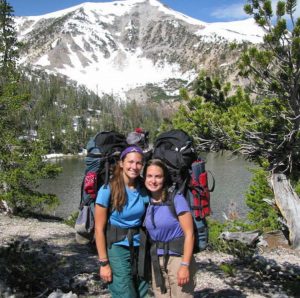 *Note, let me specify a little when I say “living in the woods.” Yes, we had rations. No, we did not have toilet paper.

I credit NOLS for helping me fall back in love with spending such dedicated time in nature and opening my eyes to so many possibilities of what that could bring into my life. I credit my hippie lawyer father for encouraging me to postpone law school in order to move out to a ski town.

Though I’d grown up skiing out west, it really wasn’t until my second year living in Breckenridge that things started to click. I replaced my almost 10-year-old skis and finally understood the hype behind skiing powder. A day at Wolf Creek after they got 26” of fresh powder in 24 hours will do that though.

My third year living in the mountains is when it all came together. I was feeling relatively strong as a skier after two years of chasing my pro-skier friends down the mountain and in the fall of 2013 I was itching for powder. After an epic snow day in October, well before lifts start turning, I put on snowshoes with my best friend Ella and we hiked up Peak 10 at Breckenridge to ski down. That’s right, we hiked up, just to ski down. Yes, it’s hard. But I think this about says it all: 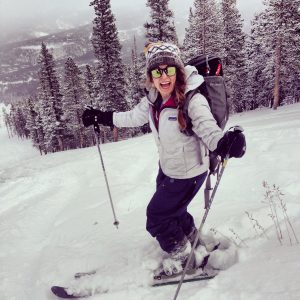 That day I went out and bought skins and trekkers that inserted into my alpine bindings. This was the most epic winter of my life. I skied almost 90 days that winter, and probably about ⅔ of them were uphill. I fell in love with the sport of uphill skiing, having to work hard to haul yourself uphill and then getting to enjoy the ride down. I got into the habit of driving the 5 minutes behind my house to a safe route, and if the snow was worth it I’d head over to the resort for laps afterwards. Which worked well as we ended up having a great snow year. I had friends that I went with sometimes, but a lot of times I skinned solo. I did ski a lot at Breck and at Vail with friends that year, which challenged me to push myself further than I had in a while with tree skiing and backcountry bowls. 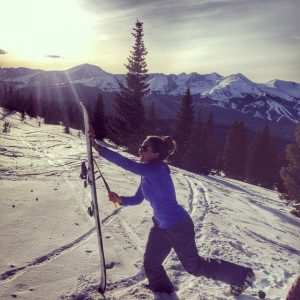 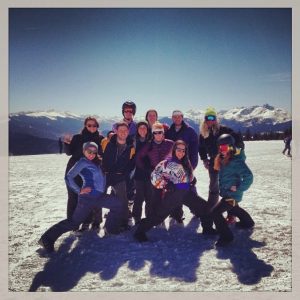 Long story short: I ended up saying “stoked” a lot that winter. 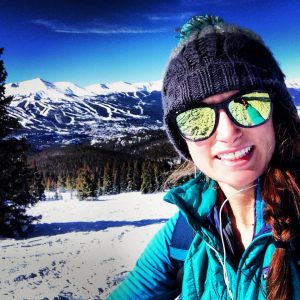 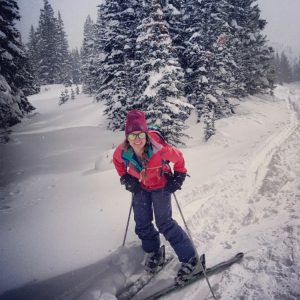 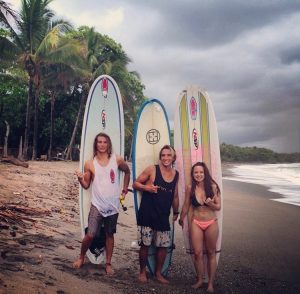 It didn’t stop there. I transitioned into the summer with a month in Costa Rica, where I fell in love with surfing. Or at least trying to surf. I struggled briefly coming back to Breckenridge, and in a way that had nothing to do with the stomach bacteria I’d contracted. Eeeck! When I got back, there were no waves to surf and no snow to ski. I went through a little withdrawal. 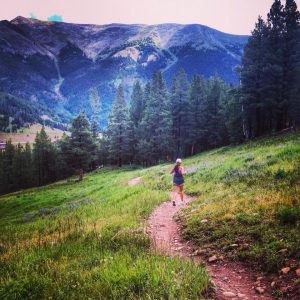 And then I was introduced to trail running…

Flash forward five years later and skinning is still one of my favorite activities to do outside. (Trail running and hiking still are, too!) But this past week has made me realize how stuck in a rut I am, even now living in a different place with a new mountain. When I moved to Portland, I made a friend who used to work on the ski patrol. He showed me three routes on Mount Hood that are safe to do, and that’s what I’ve stuck to. I go up by myself, ski up with the same gear I got all those years ago, ski down, head home. And I love it! It really is a moving meditation for me. 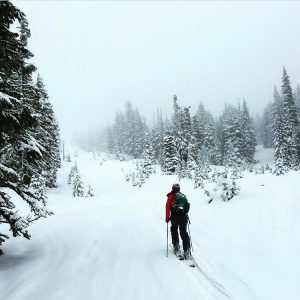 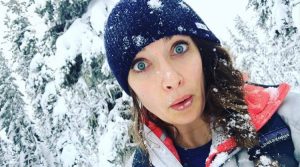 But over the last two weekends I’ve gone up with a new group up friends that are very into the Portland backcountry community. We’re talking new routes, the right gear, tons of avalanche knowledge, amazing skiers / riders, and in great shape. I don’t really feel the need to push boundaries like crazy and get myself into potentially dangerous situations, but it has made me realize that I need to mix it up and uplevel my game a little bit. I need to go with more people to new places. I’m even thinking about testing out the stair climber at the gym since I can’t go up the mountain every day like I used to to get in better climbing shape. I’m researching my avvy class (finally). I purchased avvy gear, and am building a touring set up to replace my heavy gear that I rigged together and isn’t intended for all of the uphill I’ve been doing over the years. In fact, my new pin bindings that I scored on a cyber Monday sale are arriving today! 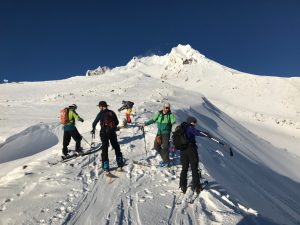 But here’s the beautiful thing about living #thatstokelife with awesome people like this: they’re just excited to be out in nature with each other. This crew doesn’t care that my gear is heavy and I’m a lot slower than they are. They don’t care that my knee has been bothering me so I’m skiing really conservatively, that I’m not shredding as hard as they are. We’re all just out to enjoy the day in the elements together. So right now I’m getting the best of both worlds: the motivation to push myself and the support to just show up and do me. 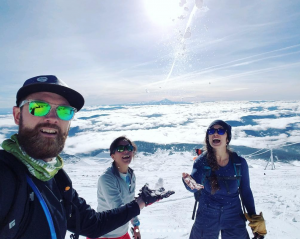 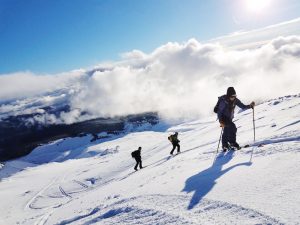 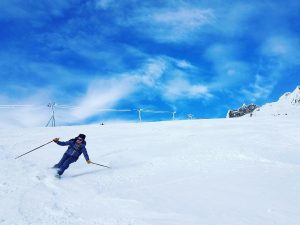 Follow along on some of my favorite PNW skinning trips!

Have no idea what I mean by “skinning?” Are you inclined to tell me, “Liz, you’re supposed to ski downhill?” Check out this behind-the-scenes of one of my Mount Hood skins last year.

Also, stay tuned for more to come on “stoked!” I know, such a tease. 😉