Let’s be real here for a second. Sometimes you just don’t wanna do anything: to adult, to run, to go to the gym, to cook dinner, to try something new, to get off the couch.

This week has been one of those weeks (well, months if I’m being totally honest). Routine has gone completely out the window. The snow storm that we got in last week kept the city completely debilitated until yesterday. After those first few snowdays, I couldn’t ski in the city anymore. But the roads and sidewalks were still covered in a snowy / icy sludge, making running impossible. Not having routine to turn to has made it difficult to get motivated lately, especially considering moving and sweating is exactly what I need. So what’s a girl to do?

Cave under the influence 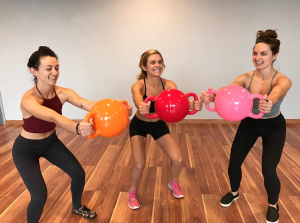 Thank goodness I have friends that love to sweat. I get texts and messages all the time asking for sweat dates! Meeting up with friends to go to yoga class, run, ski, you name it!

Try something new, or not so new 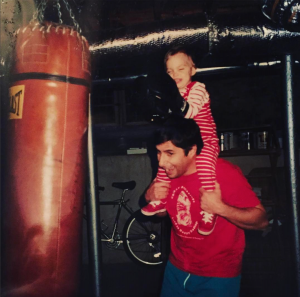 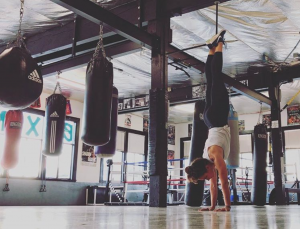 I’ve been really wanting to get into boxing, and finally got the sign that now is the perfect time to start. I’ve dabbled before (even as young as barely-able-to-walk), but I’m wanting to get after it on the regular now. As my wrists and shoulders are integral to my job (hello handstand addict), I wanted to make sure that I learn proper technique. Yesterday I had a private session with a badass boxer chick. She taught me footwork, how to hold my hands, and starting to throw punches. Gotta say, going through combinations on mitts was insanely satisfying.

Roll with the weather 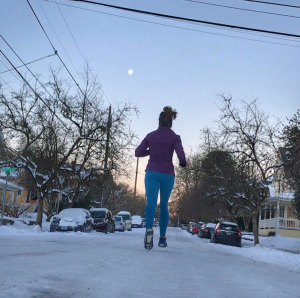 Sometimes you just gotta roll with it. Last Friday I tried to go up to Mt Hood to skin, but the roads prevented me from getting out of the city limits (how was the highway that bad for that long, and roads were completely shut down). I stopped at my local park on the way home and toured around for a couple of laps on the lone hill. A couple of days later I even went for a run before everything turned to straight ice. You guys, yak tracks are seriously amazing! There were some patches of ice that I could just run right over.

Keep rolling with the weather 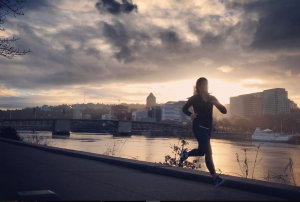 Yesterday I had an hour private session at the boxing gym and we had Sip ‘n Sweat at Flex & Flow last night. I also taught two yoga classes. That was my sweat game plan. However, the sun came out, the ice finished thawing out, and I had my running shoes with me. That only meant one thing: taking advantage of the 45 minutes I had after boxing before teaching and going for a run down by the river.

Let’s break it down the five moves.

Got the moves down? Go through each move 10 times TWICE!

Nicci and I also broke it down and led the workout LIVE on Fit Approach’s Facebook page this morning. 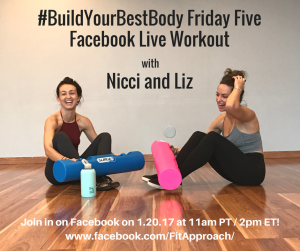 You can still check it out here:

The Surge and Kamagon Ball can be filled with water to any level, challenging your balance dynamically with fluid resistance. Intrigued? You can get 25% off with the code SPHF25 at www.hedstromfitness.com/sweatpink. 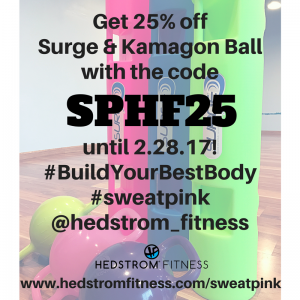 Discount: This post was sponsored by Hedstrom Fitness. All opinions are my own. I truly appreciate all of the brands that support the Sweat Pink community.