“Who runs the world? Girls.” -Beyoncé

I love Wednesdays. As days of #womancrushwednesday, they’re days to celebrate girl power! I’m SO lucky to have such relationships with strong women, and be surrounded by amazing females!

And funny enough, so many of these amazing influential, inspirational, I’ll-remember-forever relationships revolve around some sort of activity. As early as being out in the baby jogger with my dad or hiking with my parents at our North Carolina mountain cabin, to my peak-ascending partners in Colorado, to my sweaty Sweat Pink and Flex & Flow squads, most of my girl power relationships involve an activity (yoga, running, hiking, skiing…) or general fitness in some capacity!

Early on, it was traditional sports. Field hockey and basketball mostly. My teammates were also my classmates and my friends. We spent a lot of time together. I loved having these close relationships with female peers! Of course there were squabbles and drama every now and then. But mostly we thrived while developing such closeness. Spending hours on the road, training and sweating in practice, studying in class and on buses, getting together for parties and celebrations. I found girlfriends that I could do everything with very early on in life. That was my normal. And even then I was grateful for it!

“Pour yourself a drink, put on some lipstick, and pull yourself together.” -Liz Taylor

Deciding to move to Colorado definitely switched things up for me. I wasn’t in law school or working in a law firm, nor was I running or at the gym every day. However, I did quickly develop female friendships that still amaze me to this day. Girlfriends that had also made the difficult decision to buck the norm to move out West, that worked hard and played hard, that loved being outside and getting muddy while also loving throwing on heels and going dancing. Talk about Rad Chicks!

Not only did skiing and hiking, two activities I’d done all my life, become a daily occurrence for me, but I developed a love of two new activities: skinning and trail running. During my third season in Colorado, I’d discovered skinning (uphill skiing). I quickly became addicted to it, and was worried about missing such a high-intensity activity during the summer. At this point, after tweaking my knee during my NOLS course and running my second half marathon in the fall after that, I wasn’t running very much at this point due to knee issues. Nearly 90 days of skiing during Winter 2013-2014 later, I dove into physical therapy and got to work on my knee. I was shocked how well I did with running while I was in Costa Rica that May. Upon my return Stateside, my roommate at the time had started training for a trail running half marathon. I decided to join her for a short trail run, needing some exercise that day. Done. Hooked. Line and sinker. I ended up completing almost all of the training with her. By the end of the summer, I was running 3-7 miles on trail almost 5 times a week. With no pain. LOVE!

“We can do it!” -Rosie the Riveter

Flash forward two years and about a thousand miles (away from Colorado, not running milage… That would be impressive!)… 2016 in Portland, OR. I trail run as much as I can, which, considering I’m in a city now, is pretty often! I also try to run commute as much as possible, especially while it’s still summer. It’s about 2.5 – 3 miles to my jobs downtown. The perfect amount (even if I’m sore or tired or have already worked out that day) to wake me up and get a a bit of a glow (aka, dripping sweat) by the time I get to work! 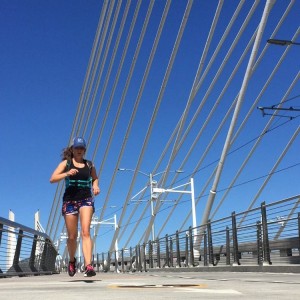 “You only live once, but if you do it right, once is enough.” -Mae West

I have a GREAT crew here in Portland that pushes me all the time to find new trails, increase my pace around town, and is just such a blast to run with! 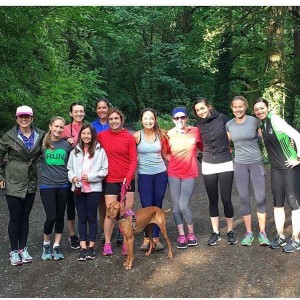 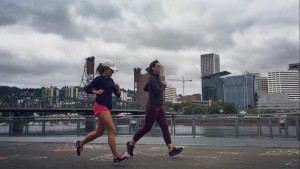 “And though she be but little, she is fierce.” -William Shakespeare

Jamie in particular has been my biggest running inspiration. She’s forever taking me on new routes or trails, pushing my pace like whoa (girl runs 7:30 minute miles for multiple miles on the regular!), and is just such a f***ing badass while she’s “chicking” life. (What’s “chicking” you may ask? Find out here.) 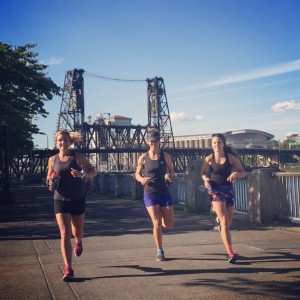 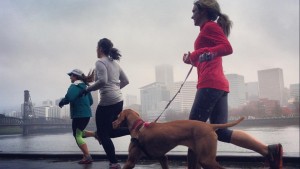 “I’m a feminist. I’ve been female for a long time now. I’d be stupid not to be on my own side.” -Maya Angelou

Not to mention the skiing and hiking partners-in-crime I’ve found too… Yet again, I’ve surrounded myself with some rad chicks! 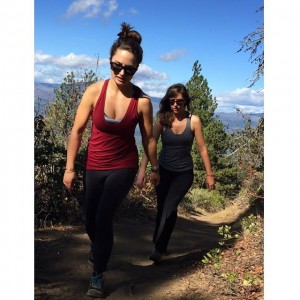 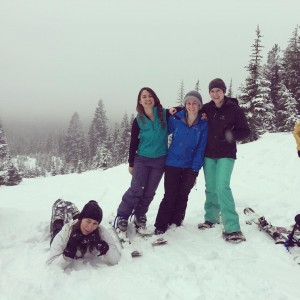 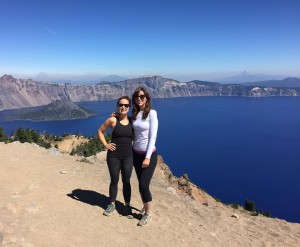 “Above all, be the heroine of your life. Not the victim.” -Nora Ephron

Girlfriends, sweating, and girl power. There’s gotta be some connection there, right?! Because girlfriends + sweat = girl power is something I truly believe, I’m super excited to be teaming up with If Girls Ran the World, a running and fundraising event. For the entire month of October, I’ll be tracking my runs and raising money for charities that empower girls by  donating food, services, education, and support. I selected Save the Children, and am charged with raising $250. Donate to the cause I’m running for here, and sign up to join in on the running and supporting girl power here.

Want to register? Join my giveaway for the chance to get free registration!

How is girl power represented in your life?

Disclaimer: This post was sponsored by If Girls Ran the World. All opinions expressed are my own. I truly appreciate all of the brands that support the Sweat Pink community!